A sequel to [In the Valley]

This is a sequel to In the valley

I woke up this morning with tears, my eyes were filled with tears.

My time with the Lord resulted in tears, i cried because "i can't let go" and really wish it was different.

I had a struggle with God on the subject matter, i asked the Lord several times what i should do, then, i asked Him to speak explicitly to me about the matter. [ I heard Him and asked Him to confirm by His word, the Bible]

He said to me - let go of your intentions and keep calm.

These were the verses that confirmed what i had to do:

New International Version (NIV)
9 So Abimelek summoned Isaac and said, “She is really your wife! Why did you say, ‘She is my sister’?”
Isaac answered him, “Because I thought I might lose my life on account of her.”

New International Version (NIV)
3 But God came to Abimelek in a dream one night and said to him, “You are as good as dead because of the woman you have taken; she is a married woman.”
4 Now Abimelek had not gone near her, so he said, “Lord, will you destroy an innocent nation? 5 Did he not say to me, ‘She is my sister,’ and didn’t she also say, ‘He is my brother’? I have done this with a clear conscience and clean hands.”
6 Then God said to him in the dream, “Yes, I know you did this with a clear conscience, and so I have kept you from sinning against me. That is why I did not let you touch her. 7 Now return the man’s wife, for he is a prophet, and he will pray for you and you will live. But if you do not return her, you may be sure that you and all who belong to you will die.”
8 Early the next morning Abimelek summoned all his officials, and when he told them all that had happened, they were very much afraid.

Verdict is clear, i will always love those i have professed to love, and i'll at all costs love as i ought to. 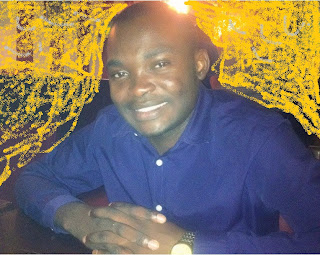